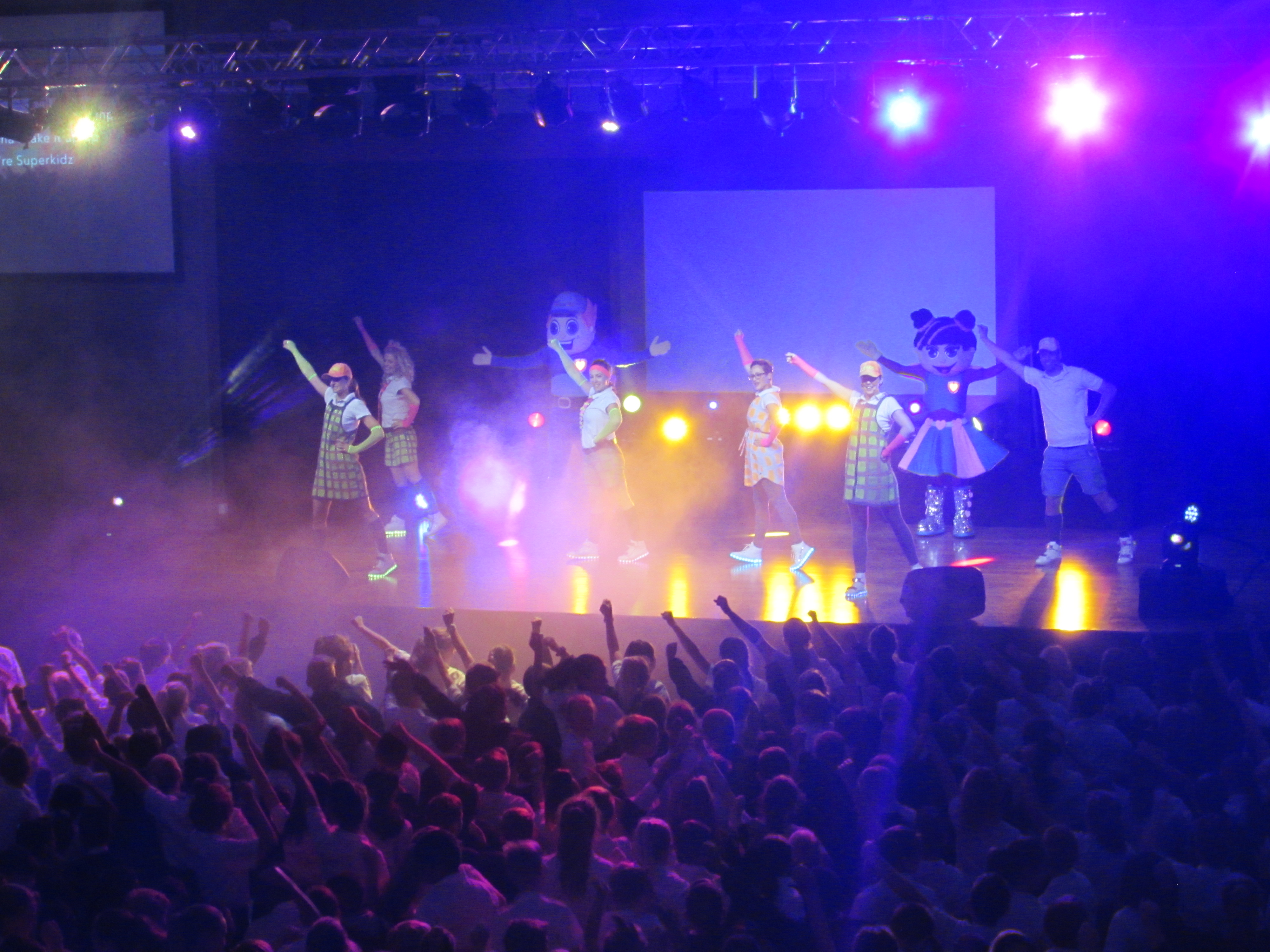 On Friday our Evers were told to go to hall for assembly. Assembly was split into two groups, Gr.1 to 3 then Gr. 4 to 7. When they sat down the projectors started a count down for the “Super News”.  “A school fight at Eversdal Primary has broken out, but the two amazing super heroes, Super-Kid and Zarah are on their way to fix it”,  said the News Reporter. When they arrived they did not fix the fight, they instead encouraged Sarah to help all of them. With her powers she could fix anything because was a Super-Kid, she had joy and happiness powers just like Super-Kid and Zarah. The Bully was intimidated by their dancing moves and actually started listening, they taught the Evers about powerful kind words can make people around you feel better, not only them, but yourself as well. Super-Kid and Zarah helped all of the Evers become SUPER-KIDS. Our school is no place for bullies.